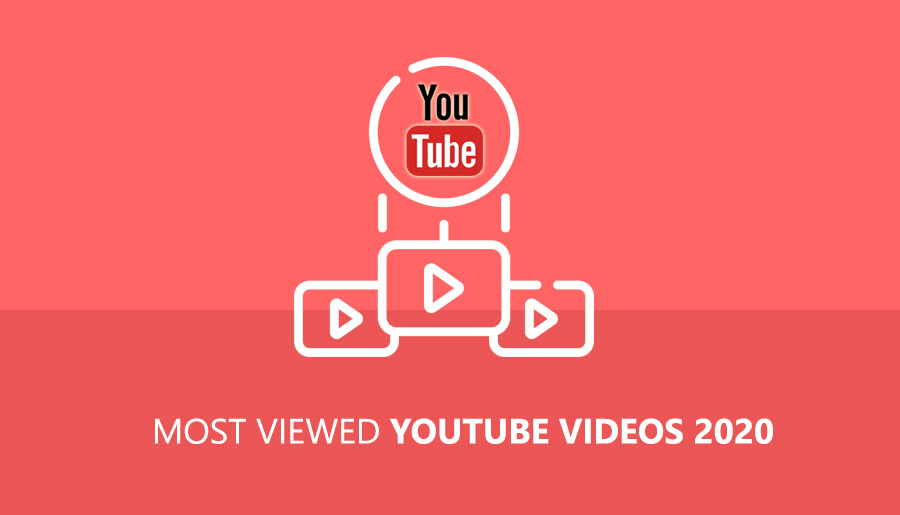 Do you randomly scroll through YouTube when you have nothing else to do, or at times even when you have a lot of work to do. YouTube is a platform where you can’t just stop at one video, you keep on surfing the site and watch the most unexpected videos ever. For instance last night I went on YouTube to see a brand review but I didn’t just stop there, you know those similar videos recommendation lists that YouTube provides, yeah I saw all of them. YouTube is a go-to platform for most people, if you’re sad you watch sad videos on YouTube if you’re happy you watch all the good things available on YouTube. Most people don’t even spare their pets, they start playing dog videos on YouTube to get a rise from their pet.

Confession time, most people watch food videos on YouTube and then think about all these delicious dishes. There was this one time where I was watching a Korean documentary about the Korean culture and somehow I ended up watching Best Ramen Noodles in Korea ( do check it out, it looks very delicious ). So are you one of those who religiously watch YouTube videos? Do you also lose track of time when binge-watching YouTube videos? If yes, then here is some interesting, YouTube-related information for you. Due to dedicated viewers such as yourself, YouTube videos generate views and only some of them reach a billion views, which is why these videos are included in the billion view club. So, let us see the top 10 most viewed YouTube videos, which have received more than a billion views.

With 7.04 Billion Views on YouTube, this song is NO. 1 in the most viewed list. This is the weirdest of any top viewed YouTube videos. Baby shark is a children’s song with upbeat and catchy tunes. It took this song 4 years to gain public recognition. The video of this song features two kids doing the hook steps related to the song. It first became a viral sensation in South Korea and slowly seeped into the American culture.
Originally this song wasn’t going to break any records but after this song was tweaked and recreated by Seoul based production company Pinkfong there was no stopping it from going viral.

The English version of this songs video released in the year 2016 and went on to break the most viewed YouTube video record. This title was formerly held by Puerto Rican star Luis Fonsi and David Yankee’s song Despacito. 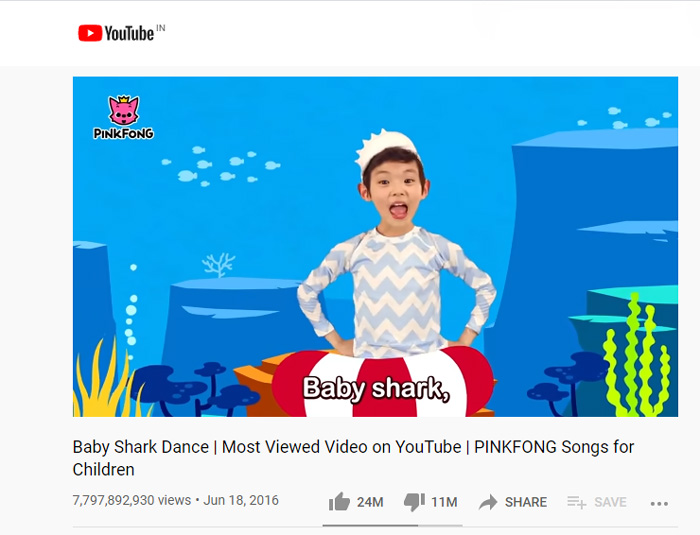 This particular song got everybody learning Spanish. Although no one understood the meaning of the song (except of course those who know Spanish) everyone across the world was humming to its tunes. The tunes and ruthe of this particular song are very catchy plus the super fun video starring Luis Fonsi and David Yankee had people hooked. This video was released at the beginning of the year 2017 on January 12 and had been number one on the most viewed YouTube video list until BABY SHARK. The views generated on this video are 7.1 BILLION.

Fun fact – Despacito received 25.7 million views in a single day. The craze over this song has dialled down in the past 2 years but that doesn’t change the fact that in 2020 this video was NO. 1. 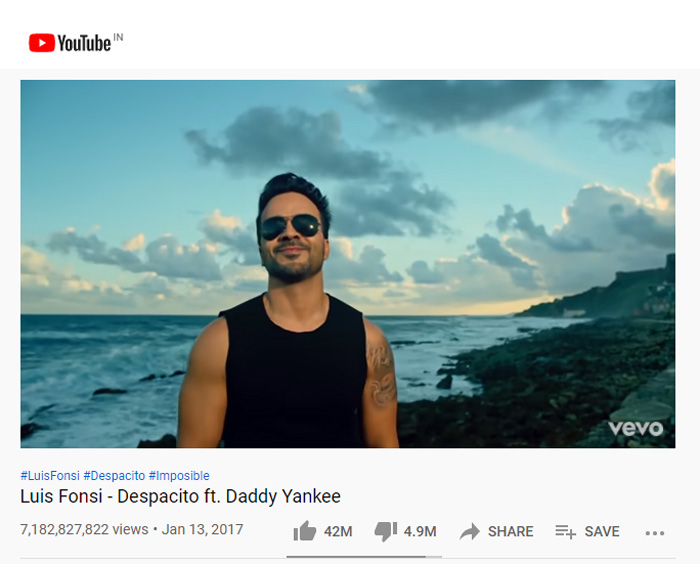 The love anthem of 2017.Oh, the sweet sound of Ed Sheeran’s voice. Ed Sheeran has been in the entertainment industry since 2005 but it wasn’t until 2010 that he started gaining international recognition. The song Shape of you was included in Ed Sheeran’s third studio album “÷”. This song was released digitally on January 6, 2017, and quickly became the number one single in 34 different countries. This song and video are regarded as the biggest hit of Ed Sheehan’s career. The video for this song was uploaded on January 30, 2017, and has a current viewership of 5.1 Billion. The music video is starring Jennie Pegouski an actress, dancer and model based in L. A and Yama, a retired professional sumo wrestler. 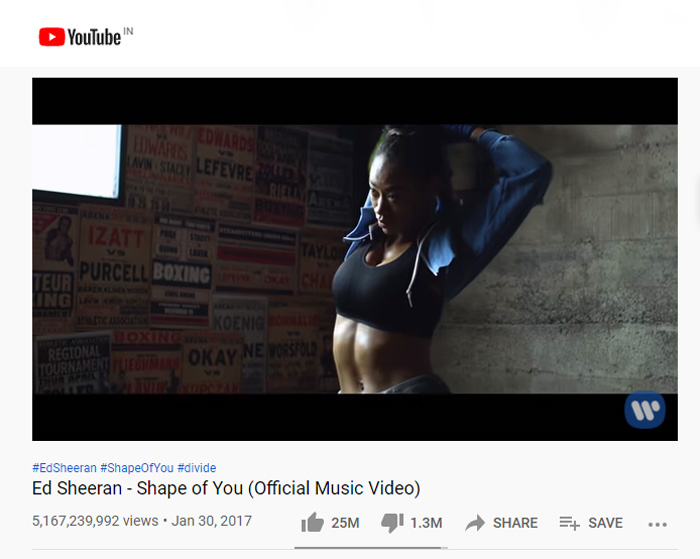 The sole purpose behind the creation of this song was to pay tribute to Paul Walker. An ode to the legendary Paul Walker. Paul Walker was an American actor and was famously known for his role of Brian in the Fast and Furious series. The actor passed away in a tragic car accident in the year 2013. This song first released in 2015 as a part of Furious 7: Original motion picture soundtrack. The original video for this song has Wiz Khalifa and Charlie Pith and clips of fast and furious series. As of this very moment, this music video has 4.9 Billion views on YouTube. 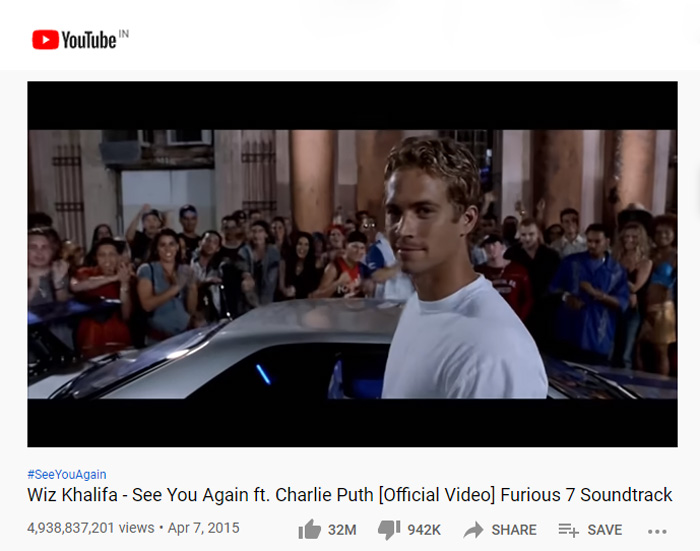 Masha and the Bear – Recipe for disaster –

You may or may not have seen this video but despite that this video is on No 5 of our top 10 most viewed YouTube video 2020. Up until today, I had never heard of this video but while researching for this article I did watch this video and I have to say it is so cute! This video is a children’s animation involving a small girl and a bear. It was released on January 21, 2012, and has 4.3 Billion views of YouTube. 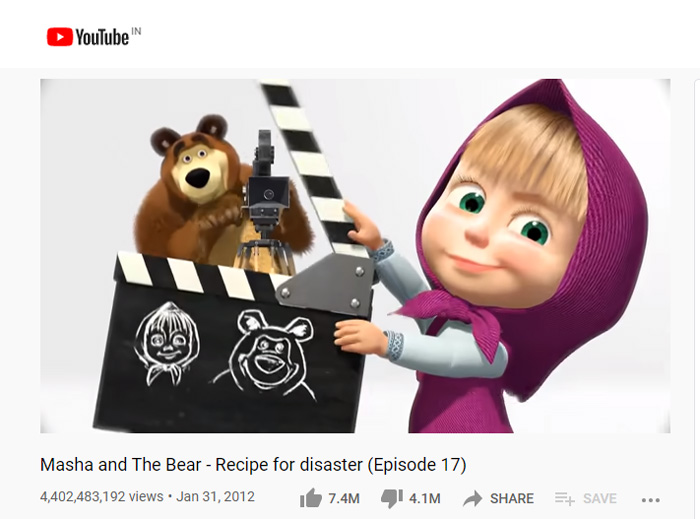 Now we all remember this amazing Bruno Mars song which released in the year 2014 and has a current viewership of 4 Billion. When this song released no one could resist dancing to its upbeat music. The song is fantastic but the music video!! God Bruno Mars was the epitome of cool and classy in this crazy fun video. 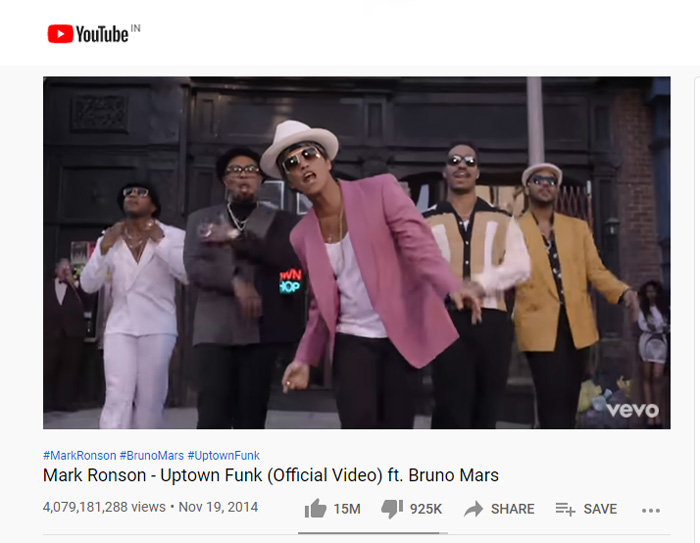 The crazy video that started it all, Gangnam Style. Let me tell you the truth no one really understood what this song was about and yet it was the first-ever YouTube video to receive a BILLION views and the credit goes to the video of this particular song. It was due to the video that this song had billions of people watching. The crazy hook step had everyone dancing. Psy and his dance steps had gained a lot of popularity after the release of this video. This video has 3.9 Billion views on YouTube. 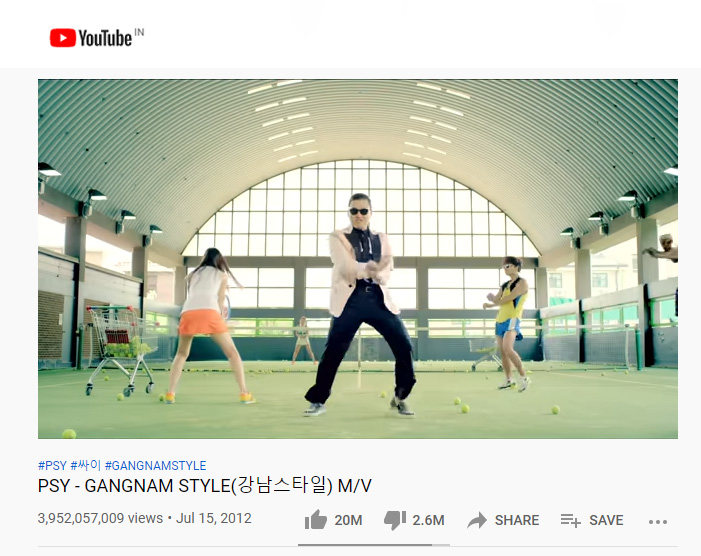 Justin Bieber has to be in this list, for someone whose career began with a viral YouTube video Justin Never has surely broken a couple of YouTube records. Although Justin’s voice itself is enough to break records, this video was most appreciated due to its great dance moves. The video is starring The Royal Company and The Ladies of Request. Currently, this video boasts a total viewership of 3.3 Billion. 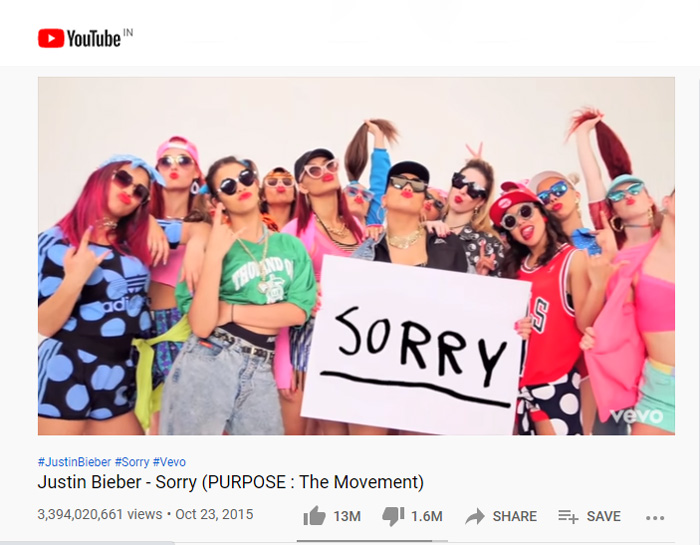 Yes, please!!!! This maroon 5 song has a very innovative video concept which is why it was so well received by the general public. This video is starring the band Marron 5, going around L. A and crashing as many weddings as they possibly can in a day. The video documents the reactions of the bride, groom and the rest of the guests. The video has a total of 3.3 Billion views on YouTube. 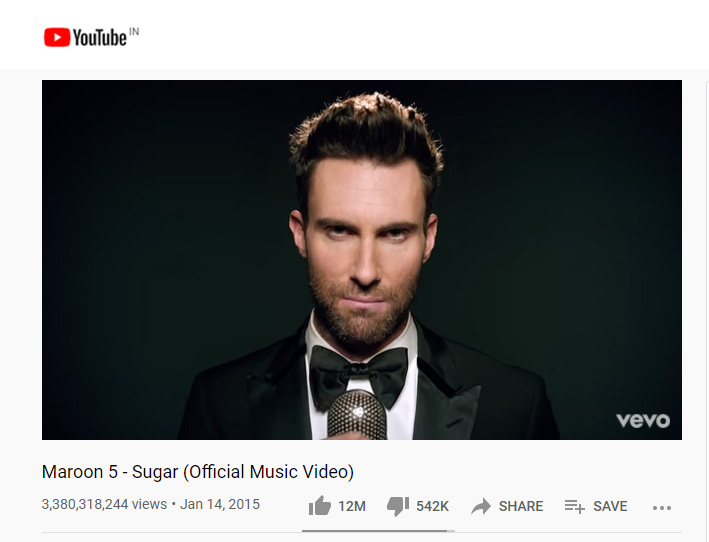 Finally, the last but not the least, Katy Perry’s Roar. Now the video quality and VFX on this video is off the charts. This video revolves around Kary Perry and her male companion who are both lost in a forest due to a plane crash. This video further shows how Kary evolves into a strong and fierce human being while cohabiting with the forest animals. This video has a total of 3.2 Billion views on YouTube. 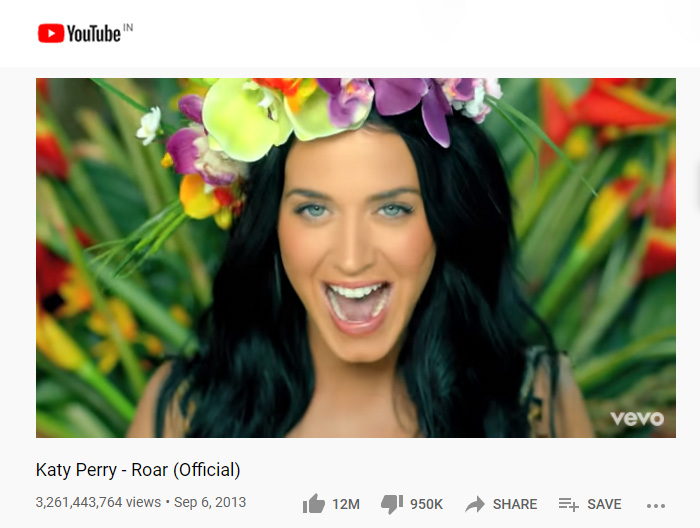 There you have it Top 10 most viewed YouTube videos 2020. Take a look at this list and find out some unexpected facts.