How To Tackle Trolls On Social Media? 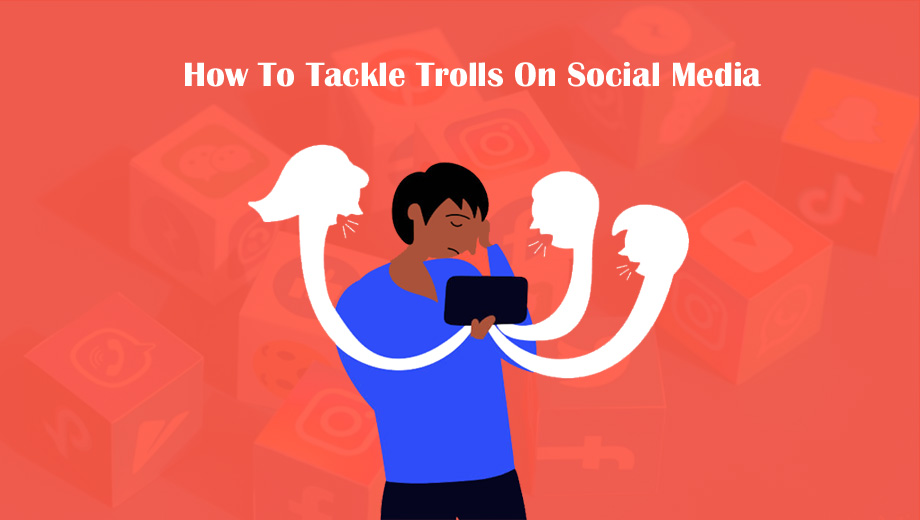 Trolls try to create conflict on various social media platforms by making false statements that can create controversy; the purpose of such comments is to cause havoc, such trolls can be found in almost all corners of the web. Trolls are infamous for being nasty and can create issues for people, businesses and affect the well-being of people involved.

In simple terms trolling is online bullying. Trying to instigate quarrels and discord by commenting and posting off-topic inflammatory statements about an individual or organization to get a rise out of others. These controversial comments are made on purpose and are mostly made out of sheer boredom. If you are an active social media user, you may have most probably experienced some form of online trolling. Every social media platform has its share and unique way of social media; however, YouTube can be considered as the most prominent site for social media trolling. You can easily find a user saying completely irrelevant statements on a comment thread. Users saying things such as “this video sucks,” “you need to get brain botox,” etc.

It is not that trolling does not happen on other sites; other users such as Facebook, Instagram, and Twitter have their fair share of trolls. Facebook trolls are usually calm unless there is an international or national event going on. A conservative or liberal Facebook page is probably the worst trolling site ever; one can enjoy a WWE match but with words. In case you have been blessed enough to never see a trolling match, it is nothing extraordinary, just an endless supply of arguments, with comments being thrown from each side trying to get a rise out of the other, often appearing in threads. Do not confuse arguments with trolling; a person presenting a valid thought process isn’t arguing.

Someone who is making a wild and unwarranted comment on that person’s family, mother, upbringing, etc., is trolling. Someone that goes off-topic to get into the other person’s head is trolling. Citing specific examples isn’t possible since there are way too many to choose from. Even if you have never seen a troll, it isn’t that hard to spot; look out for bored people making nasty comments about a person or his life without care.

How to respond to online trolling?

Almost everyone is on social media sites, from major to minor businesses, social media influencers, ordinary people, and politicians; there are all kinds of people using social media, and it is safe to say that no one is safe from online trolling. Trolling is more prevalent for famous and popular brands as well as individuals. This is why it is essential to know how to deal with online trolls in an effective way to preserve your sanity. It has been noted that funnily responding to trolls is quite effective, that is, if you can pull it off. Trolls will never stop, social media was meant to be a safe space for connecting with the world; however, there is a bad side to almost everything, which is why everyone has their way of dealing with trolls.

5 signs you’re dealing with a troll

1. They will constantly try to get you angry

The sole purpose of the existence of trolls is to make people upset and angry. So if you notice someone on Twitter, Snapchat, Instagram, or YouTube trying to stir trouble by starting arguments or posting inflammatory content, they’re probably a troll. Trolls will be those who are insincere in their comments, statements, and posts.

Trolls tend to act in a way that is quite pompous, someone with an inflated sense of worth. They act as if the world revolves around them and their opinions. If you feel like you are dealing with someone with such behavior, it is a troll.

Exaggeration is the essential tool used by trolls
[slider]. They use words such as “never” or “ever” words that come across very strong. If extremes and superlatives are used, you can be sure you are dealing with a troll.

Debates, discussions are a healthy way of conveying opinions and mostly involve civil people who stick to facts and knowledge. But trolls, however, do not adhere to this civility and often take every rebuttal in a personal way. This often leads to a lot of name-callings, illogical comments, and personal attacks.

5. Not so good with the grammar

You might notice that usually, the people spewing hate do it in a grammatically incorrect way. They use a lot of self-centered words such as “I,” “me,” etc., with a lot of exclamations.

Find out how you can deal with online trolling effectively below.

6 tips that will help you deal with online trolls

Most social media sites have a “being respectful” community policy. So why not create something similar for your channel. Set your policy of acceptable comments, posts, and shares. It after stating your policy, if someone acts out, refer them back to your policy. “Hey Sam, this is a friendly reminder to go through our community policy.” This way, you not only call them all the while being civil.

Trolls crave attention, so the simplest way of dealing with them would be to ignore them. They want you to get angry and say something, do not give them pleasure. This way, you deprive them of their life force. However, inactivity is no longer a feasible option for many. Do not worry; there are other ways you can try.

If you see a troll spreading rumors, making false allegations, spreading fake news, you should try disproving these tales by staying out of facts. There have been cases where significant brands have replied to such trolls by stating the facts and taking responsibility for any issue. Instead of denying an allegation, you should respond with facts.

This method is easy to say but hard to put into effect. If done correctly, humor can be the best way to diffuse a troll. Instead of ignoring a complaint, you can recognize the problem and reply with an apology with a humorous comment.

Most trolls, almost always, are annoying and usually harmless. However, sometimes these seemingly harmless trolls become a severe issue, such as giving hate speeches and death threats. If such instances occur, you can block and ban such trolls. Also, check if the content posted by these trolls is in regulation with the standards of the social media; if not, you can report them.

You should listen to the things people have to say on your platform; if they are mistaken about something, you can politely correct them and present your side of the story. If they are reasonable, they will appreciate you honestly and reply, that is, unless they are a troll. However, replying will still benefit you as your online community will witness you being reasonable and professional.

There you have it, 6 ways you can deal with online trolling effectively without letting it get to you. Social media has its share of boons and evils. Online trolling is one such evil; expecting trolling to disappear is wishful thinking. This is why it is essential to know a few tricks to deal with such miscreants.