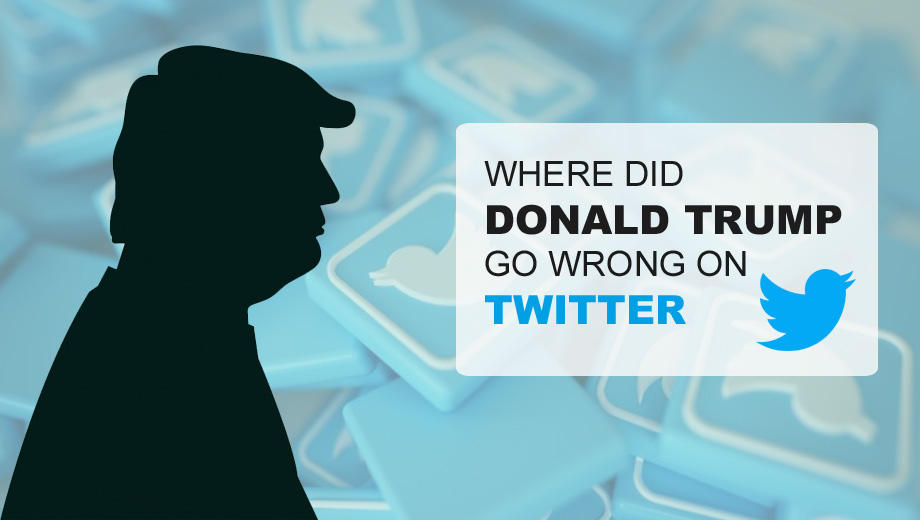 The challenge of Donald Trump’s presidency was handled by all major social media platforms uniquely. Mister Trump is well known for his baseless and frantic tweets, one would think that the former president of the United States would tweet on topics he claims to understand such as business and politics, however, Donald Trump does more than that he occasionally gives out dating advice and asks teenagers to calm down. One can say that most of Donald Trump’s political descent began with his tweets.

Amongst the many mistakes made by Donald Trump and his administration during his term letting the president operate and run his personal Twitter account without any censorship would probably be the most significant. Social media platforms are a source of power and connection, many world leaders operate and use social media platforms to present the public with information regarding the government’s progress and efforts. Fake news is probably the most vicious after-effects of social media and one would expect a president of a country to fact check his information however Donald Trump has made baseless allegations against his opponents and other world leaders over and over again, up to the brink of a third world war.

It would be unfair to say that Donald Trump was always this way because he wasn’t. At the very beginning when Trump first started using Twitter which was back in 2009 he didn’t tweet on politics rather he stuck to the thing he thinks he knows best and that is business. Trump used his brand new Twitter account to promote his business ventures and it was all going well. By the year 2011 Trump however based on his understanding and point of view started questioning (more like criticizing) the then-president Barack Obama over matters such as international relations, tensions in the middle east, and later on about the outbreak of Ebola. Up until here, the relationship between Trump and Twitter was going well, Donald Trump used his freedom of speech and exercised that right to question the many ways of the then Obama government via some tweets.

However, this changed in 2015 when Donald Trump took to Twitter to announce his decision to run for the presidency, after this the volume of his tweets immediately ramped up.

In this article, you will read all about the mistakes Donald Trump made about Twitter.

The downfall of the seemingly stable relationship began

Almost all Democrats, as well as Democrat supporters, had expected that after winning the presidential race Donald Trump would understand the weight of the office he held and behave accordingly however this was wishful thinking. Donald Trump started running for office in 2015 and entered the White House in 2016. He was an active user of Twitter all through his presidency saying that he wouldn’t have to use Twitter if the media covered him better. In 2016 Trump made an unprecedented move of using his personal Twitter account instead of the official POTUS account. Here is how Trump used Twitter wrong.

Most of Trump’s tweets had a consistent story structure. The outline of the story is something along these lines

The elements of the story changed according to the situation at hand. “The establishment” always fluctuated; sometimes it was the Democrats, a media outlet, NFL, a corporation, and at times even Vice-President Mike Pence. The so-called “invaders” would vary from China, Mexicans, Black lives matter protesters and the most important immigrants.

However, amongst all this fluctuation the structure never changed: America was in danger, Trump being the only one who could save them with the ever-present support of “real” Americans however there were dark forces who were being a hindrance.

Trump has a way of turning and twisting the news and happenings from all over the world. It is as if he just comprehends the whole story and so makes a tale out of the few words he can understand. To do this, he picks up bits and pieces from viral videos, news articles, and other tweets combine this with his vivid imagination, and gives life to a whole new meaning. In 2015 the conservative Club for Growth spent $1 million running negative ads against Trump. However, Trump conveniently changed the story: “The phony Club For Growth, which asked me in writing for $1,000,000 [I said no], is now wanting to do negative ads on me. Total hypocrites!” This way the club was deemed fraudulent and Trump the white knight.

Trump is also habitual to rescripting characters into contradictory statements and messages depending upon the day’s news. Take his tweets about China into account, China was first a partner, then a trade rival, and finally an invader. In 2017 Trump was best friends with Chinese President Xi Jinping and the New York times was jealous of this bromance. In 2018 this alleged friendship never existed and China was a great threat to American trade, in 2020 China was an invader who had purposely released the coronavirus.

3. Sticking to the script

Recruiting his version of truth or event is what led to the downfall of Trump. The twisting of information, the many attacks on organizations, etc. had finally started to wear out just enough citizens in key states that his defeat in the 2020 election was ascertained. Even in defeat, Trump stuck to his script of twisting facts and news, even during the very end of his defeat he chose to misguide the public and his supporters by claiming election fraud. This led to the shameful attack on the US capitol by Trump supporters on January 7th, 2021.

Trump has a way of getting into other people’s business without even knowing the facts. Sharing videos of citizens using racial slurs to share typos to rile up the media, Trump has done it all. He even gave out free dating advice to Robert Pattinson saying that Kristine Stewart was a cheat and he shouldn’t take her back. He called out teenage environmental activist Greta Thunberg and asked her to chill. Trump’s tweets may not have had such an effect if it wasn’t for his presidency, with power comes responsibility however Trump only focused on the power. With a total of 20,301 tweets from the day he announced his candidacy to January 8 2021 when Trump’s Twitter account was permanently suspended, Trump’s toxic relationship with Twitter has finally come to an end. Although one might be disappointed with the understated end to this epic tale. Trump’s last tweet was “To all of those who have asked, I will not be going to the Inauguration on January 20th”. This has to be the sanest tweet Trump has ever posted and is also the last you will hear from Donald Trump on Twitter.

There you have it all about Donald Trump and his epic bittersweet tale with Twitter. From midnight conversations to epic word duels Trump has done it all on Twitter he even went as far as to comment on Michelle Obama’s hairstyle. One of the reasons why Trump was so popular on Twitter was that the majority of people took his ignorance and mindless Twitter posts as a brutal truth. They saw him as the only one who has the guts to speak the truth. This wasn’t. In this case, most of Trump’s tweets consisted of twisted facts and news. But finally, this has come to an end and you will no longer have to worry about Trump tweeting at midnight, so sleep tight.