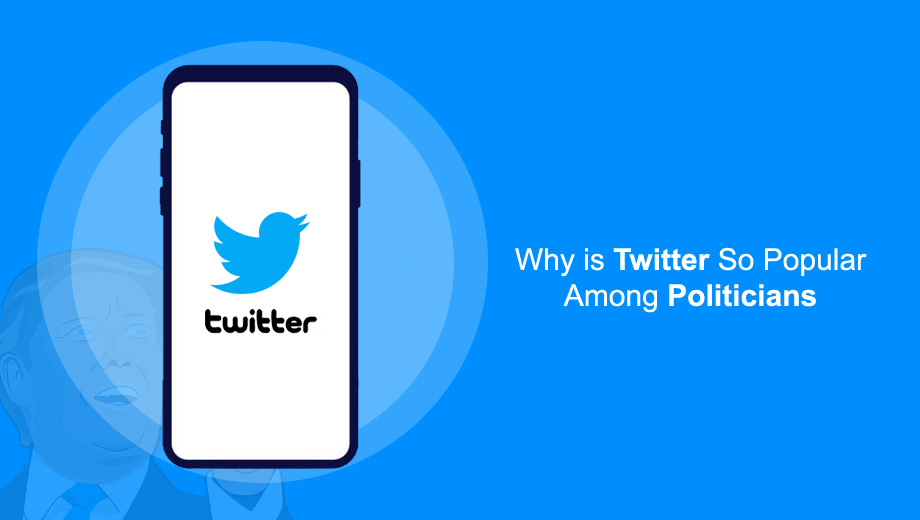 Twitter is undoubtedly a fantastic platform for the expression of public opinion. But do you wonder why now, more than ever, politicians turn to social media platforms, particularly Twitter? This article hopes to answer that. You may read below.

Politicians and the online world

Although politicians being active on Twitter, Facebook, and several other forms of social media are common for years and aren’t so new, their presence has increased over time. They aim to reach a large number of potential supporters and remain popular among the citizens of their constituents.

Today, it is almost inevitable for politicians during their political rallies to have a web presence in order to make their positions and names mentioning all the key issues the voters should be aware of. But can they use Twitter more than required? Is there too much social media in their political lives? Are they always online? And does social media play a role in hurting this topsy-turvy game of politics in the near or distant future?

Where do these Tweets take them?

These sometimes outrageous tweets and claims by politicians make it on all of these social media platforms, somehow still securing their dialogues and plans into the minds of citizens who don’t even use social media at all and furthering discussion of their political agendas.

This trend isn’t limited to Twitter and carries over to other social media like Youtube and Facebook. Facebook has also become a recent hotbed for agenda-pushing and political debates. Despite the negative stigma around politics and social media, it seems to be going well.

The Pew Research Center gave recent info that one-in-five users of social media platforms like Facebook, Twitter, YouTube have changed their minds about a candidate for office or about a political issue, because of something they saw and agreed upon on social media”.

The number is very astounding. A simple post that supports one candidate, one movement, and a policy could have a hugely adverse effect. Theoretically, if someone has 500 Twitter followers/ Facebook friends, and they write posts concerning on topic of supporting a candidate or political discussion, several followers would see that post.

Let’s say 100 people see that post out of 500 friends. So, twenty people of that 100 would transform their minds on a candidate or an issue.

Whether we like it or not, Politicians who use social media to further the political discussion are going really well and are here to stay. Ex-president Trump will continue pushing his political agenda; tweets by any politician will pass through the world of social media platforms into everyday news, and his supporters/opponents will spread their beliefs across the platform.

It is a growing trend that is only expected to grow in the next coming years and elections. It is a system that could potentially either hurt or help the political sphere as a whole.

Twitter is a modern and public square where many debates, voices discuss and put forth their views. Politicians, Media personalities, and the public turn to social network sites like Facebook, Twitter, and YouTube for real-time reactions and information to the day’s events. But if we compare it with the United States’ public overall, which voices are represented on such platforms as Twitter?

Pew Research Center wanted to answer this question and conducted a nationally representative survey of 2,791 United States’ adult Twitter users. All of them wanted to share their Twitter handles.

This survey was designed in a peculiar way and provided a unique opportunity to measure the attitudes and characteristics of Twitter users in the United States. They linked these observations to the actual behaviors of Twitter, such as how many accounts people follow and how often they Tweet.

What did it indicate?

The analysis clearly indicated that the twenty-two percent of American adults who frequently use Twitter represent the broader population in certain ways. However, they do not believe in others. Twitter users are more likely to identify as younger Democrats, have higher incomes than United States’ adults overall, more highly educated.

Twitter users also differ from the general American population on some key social issues like Twitter users believe that immigrants become the strength of the US rather than weakening the economy of the country.

They also see evidence of gender-based and racial inequalities in society. But on many other subjects, the views of social media users, particularly Twitter users, are not largely different from those expressed by other non-Twitter adults of the United States.

In addition to finding these differences between the population of the US and the Twitter users, this Pew analysis also highlights the varied and sizeable diversity among the users of Twitter and social media platforms themselves.

A median user would tweet just two times each month, but a small section of extremely intellectual and active Twitter users post very regularly. As a result, most of the online content posted by the citizens of the US on Twitter reflects very few authors. The ten percent of users who are most active (those who tweet the most) are responsible for eighty percent of all tweets created by the United States users.

During the election cycle of the year 2016, Twitter and such social media platforms became the go-to place for discussing and ranting politics to several Twitter users doing the same thing. Politicians noticed what was happening online. They ran with it and started non-stop tweeting, mainly directed at their political opponents.

Most notably, the three main candidates, Hillary Clinton, Donald Trump, and Bernie Sanders, all used Facebook and Twitter the most to attack each other, rally support, and tweet their stances on all the hot issues relevant to that day.

Even the sometime-former but the extremely popular president, Barack Obama, has 95 million followers on Twitter and is actively present there, not to mention being the most followed and admired politician worldwide.

Politicians like Hillary Clinton and ex-president Trump took the politics and tweets on Twitter to the next level. Not only did they talk and tweet about the latest story to provoke up their opposing sides, but mud-slinging also became a common practice on social medial among these politicians.

Whether it takes the form of Hillary’s simple but effective “Delete your account” or Trump’s long rants about “Crooked Hillary” or response, these Twitter comments and stark remarks started a flood of supporters from both the side going at it in the replies and in the entire universe of Twitter.

“The Guardian,” a British magazine, points out that Twitter is relatively small in the sphere of politics and related matters, mainly used by sturdiest supporters and politicians’ key that help pushes an agenda. Politicians use Twitter to discuss and get in the mainstream news channels on TV, magazines, newspapers, and even other websites.

Why are they so extensively using it?

Twitter is used by many politicians, including cabinet members, various heads of state, and other politicians all across the world, including in the United States, India, Germany, Chile, and Japan.

These politicians use the platform to communicate and to self-promote within their constituents. Such Twitter politicians believe that popularity and limelight are essential for them to continue holding power.

The members of the American Congress can directly answer the questions of common people. News articles and blog posts may be directly shared linked to all of those following them and anyone else who comes to view their profile.

Political tweets in the news

Although most of the tweets of these US politicians are directed towards each other, some of them have caught the real limelight and have become famous. Donald Trump has been a center of attraction when it came to Twitter, and his tweets were often hilarious.

In the recent 2020 elections, Joe Biden and Kamala Harris also kept updating their Twitter status board to let the US citizens know about their plans if they were elected.

Yes, it sure does. Twitter is one platform that politicians use the most, even more than basketball players and Hollywood celebrities. The key part about their extensive use is that they get to know how popular they are among the general American public and worldwide. As said above, Obama has been the most well-known and appreciated American politician of today’s times.

Donald Trump was blocked from Twitter because of his illogical comments that violated the formal norms of Twitter. Kamala Harris also became a very famous Indian-American politician. They have all turned no less than celebrities’ people admire for their personality, way of being, and possibly who they really are.

There is no visible end to the growing use of Twitter and social media by politicians, particularly in the United States. But, it is broader. Several other nations have their diplomats greatly involved in commenting over each other, seldom appreciating and sarcastically commenting on their rival parties. While their participation is enhancing, online protests and public participation is certainly something that makes it all democratic in the real ‘online’ sense.