Active and Fake Followers: What Is the Difference And How to Identify! 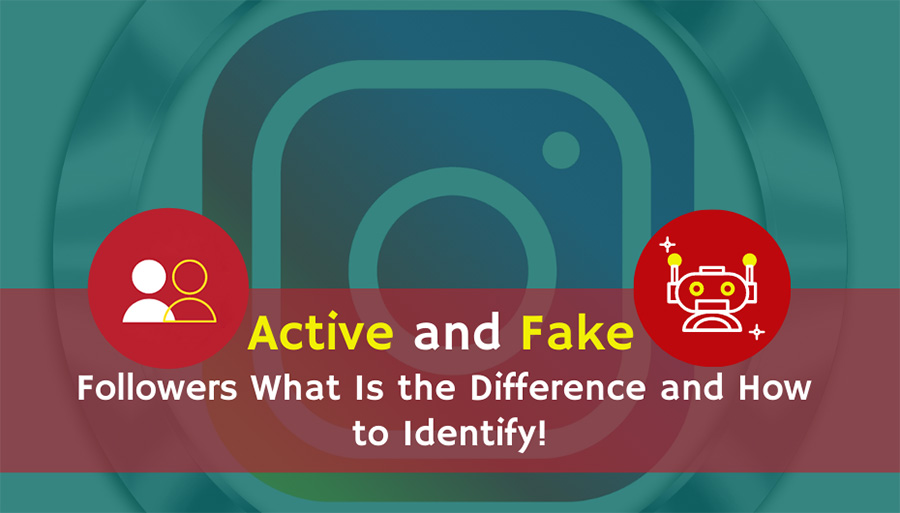 The networking platforms have seen growth, unlike other media giants. Be it for influencers or brands; everyone wants to create their virtual presence on the platform with billions on their network. But the billions encompass not only people but also thousands of fake accounts that are floating around in the media.

Since the prominence of numbers grew on Instagram, the platform has been infiltrated by many ‘fake’ accounts that have taken up the responsibility of inflating the numbers for others. Bought at a nominal fee, the sole responsibility of the followers is to give the illusion of how popular an account is to both the viewers and the algorithms.

But is it that easy? Certainly not, for the saga of fake followers has never risen above a sad ending after being captured by the algorithms. But then why does the platform still have a large number of fake accounts? The simple answer is to satisfy the number hunger on the platform.

There are different types of fake accounts doing their rounds on the platform. Some may be impersonating others to lead people into spammy deals, whereas others may be using your identity for malicious activity. The third case is where the accounts are run by bots. This is an area of interest for the article. Fake followers are the accounts created and run by bots or AI, with the only purpose of following other accounts on the platform.

What are active followers?

Active followers are the followers you have organically gained on the platform over the years. In other words, there is an actual person who runs the account.

Active followers engage with your content. Be it likes or comments, the engagement drives more traffic to your site. They share your content, create opportunities to spread your idea in their communities further, and as a result, bring back many others to your page.

Even though most of them might not be as active and productive as others, the tiny bit of engagement generated by them brings in many points in front of algorithms.

Where do the fake followers lag behind?

Even though the numbers do matter a lot on the platform, the algorithms and marketers have shifted their gaze more towards engagement rates due to the large probability of users buying fake followers. Engagements are measured in terms of likes you receive, comments your content generates, and the shares you receive with respect to the followers you have.

A fake follower does not cater to the engagement section. Even if it does, the automated responses may or may not match up with the content. Adding to this, the platform constantly upgrades the algorithms to weed out possible fake accounts. Therefore, it is a race against time till the algorithm catches up.

Why are there so many fake followers?

Even with the algorithms making way to catch the fake accounts, the fake accounts too upgrade themselves to hide behind the loopholes to remain undetected on the platform. Engineered with the mastermind to deceive both the users and algorithm, many of the fake profiles thrive on the media.

Even with the obvious facts that lead to the conclusion, the platform can only take action if they have detected a monotonous action that can be questioned. The fake accounts efficiently mask themselves by not only following the accounts that buy them but also validating their presence by following accounts related to the buying account.

In addition, they follow celebrity accounts, competitors’ accounts, and some accounts from the follower’s list of the main account to create for themselves a virtual identity.

Moreover, the number does matter. For your account to climb up the visibility chart, it should have the support of the numbers. Without these, neither you are promoted on the platform nor accepted as worthy partners for promotion.

Why should you be cautious before entrusting fake followers?

If they are successfully evading the algorithms and, at the same time, increasing the numbers, they should be a good bargain. Well, no.

Thus, summing up, if you have five hundred followers with around two fifty actively engaging with your content, your engagement ratio is a whopping 50%. Whereas if your account has ten thousand followers, and you receive a thousand engagements, the ratio drops to 10%, which by the way, is not that bad since, arbitrarily, most of the businesses generate engagement anywhere between 1-2%.

Thus, the larger the disparity in your numbers, the more the probability of your account having fake followers. Even if they don’t cause much harm and you get a fairly nice engagement from other organic followers, your worth as an influencer drops down. A tag of unfair means gets attached to your name, deterring your followers from building ties with you.

How to identify fake followers?

Identifying them may or may not be easy depending on the extent they go to camouflage on the platform. However, since the content is a limitation, here are few ways to identify them.

The manual way is quite tedious, and you never know when they might infiltrate your walls again. Moreover, if your followers are in the thousands, trusting apps that can handle the work is better. There are multiple apps that filter out the accounts that are bots and remove their account and engagements generated with your content.

Having fake followers largely affects the reputation of the business handle. You can always increase in numbers and grow slowly, but once your account is labeled to grow using fake followers, the tag tags along all the way. Sometimes, your account involuntarily becomes a hub for many fake accounts. Weed out the services manually or using authorized apps to stay clear of the negative effects that they bring with them.