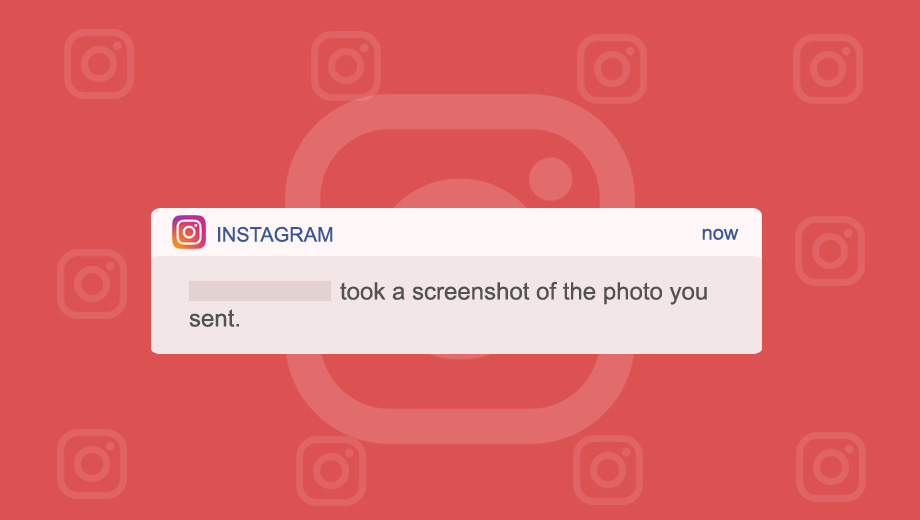 Clicking screenshots is the go-to method that is easier and swifter than downloading. Especially when the messages get deleted over time, screenshots are the perfect proof to keep things clear between the parties. But have you ever thought about whether the other party gets notified for the same or not?

For most of us, the thought never occurs, whereas for others, it does not matter. But still, it is better to be aware of the platform’s policy stance regarding the same.

Instagram is the visual bonanza with the best of best, getting a chance to get screened on the feed. With the jaw-dropping sunsets or beautiful paintings or even those lovely moments your friends or those you follow captured, it is tempting to take a screenshot rather than searching them through liked posts.

But there are some places where capturing the shots notifies the other parties regarding the act. For example, the disappearing images. Apart from this, you are roughly safe to keep your anonymity while taking the picture. But what all comes under the yes and no category? Here is a list encompassing the lots.

For the posts (includes pictures, reels, comments) on Instagram, the users are not notified of the screenshots captured.

Instagram also does not notify when the screenshots are taken of direct messages.

However, while screenshotting disappearing direct messages, the sender is notified about the photo taken.

Earlier, Instagram used to send a notification to people when people took a screenshot of the stories. However, the practice was later discontinued owing to the outcries from the masses.

The policies are bound to change over time, with the platform experimenting and trying new things. Say, for example, when the policy regarding screenshotting the stories changed. Hence, it is wise to either keep yourself updated about the changing policy or use other means to capture the screen if you don’t want to notify the other party.

How to capture without letting know!

The simplest way is to use another device’s camera to click the pictures of the same.

Or, you can browse on the web instead of directly on the app.

Or you can use other third-party software that allows you to do pretty much anything! Though the legality of it is under the scanner.

Or you can click it without being online. (Yes! just like most of us see the WhatsApp messages)

Why outcry for anonymity?

Yes…as it is stated, Instagram did try the notifying feature with the story similar to the concept rolled out by the competitor Snapchat. But the move had to be revoked as it did not get much positive feedback from the users who cited privacy as the issue of concern.

Since clicking screenshots is a private matter and anyway you are listed under the people who viewed the story, there is no reason for the screenshots to be notified.

Taking a screenshot is a matter of personal decision. Though there are many cases where it may sound inappropriate, but it cannot be universally passed to all. Say, for example, important notices, location details, beautiful captures, data…etc. All these can be efficiently saved and reused later by screenshotting them. A screenshot is also the go-to stop when the content is not savable.

It would be bothersome for people who post public content if they get notified about the thousands who will screenshot their posts. Moreover, a feature is available that lets you see your post’s impact if you switch to a business account. Adding to it, if you are on the other side of the boat and don’t want the public to capture your post, go private!

Also, if you can see their post anytime (i.e., being their followers), you may as well view it from the screenshots. The means do not matter since, at the end of the day, both are out there accessible to you.

While reading through the above points, you might have thought, how easy it is to breach privacy. Taking screenshots and sharing content posted out on the public platform may not ring bells for you when you compare the ease that screenshots give.

But this negates the whole purpose of the privacy setting. Say for yourself, what is the use of going private if one of your followers screenshots and shares the contents with someone whom you have blocked on the media. You can do nothing over it nor hold anyone responsible for the same since the platform does not notify you when a person screenshots your feed or stories.

Disappearing messages have a purpose; that is why they are disappearing messages. If the user were comfortable sharing the information over the normal message, he/she would have done so. The main aim is that the message should disappear! Not remain as evidence for years to come.

Posting on public platforms in no sense means that the user’s privacy could be tampered with. The main reason for the ‘private account’ setting is to surf through the platform with an assured feeling. Choosing between a public and private account is within the private decision of the user. However, ensuring and granting them the security of the privacy setting is the responsibility of the platform.

It is true, some care must be taken, like not giving access to suspicious people or being aware of the consequences; however, both the above points are not fundamental. Since the basic purpose of the platform is socializing, screening users is not a feasible option.

All in all, the policy of Instagram at present does not notify users of screenshots until it is of disappearing messages. Even with the policy, the users can have a way around using one of the many ways popularized on the internet. Hence, you can rest assured that there is no privacy guaranteed with any features, be it disappearing messages or private settings!