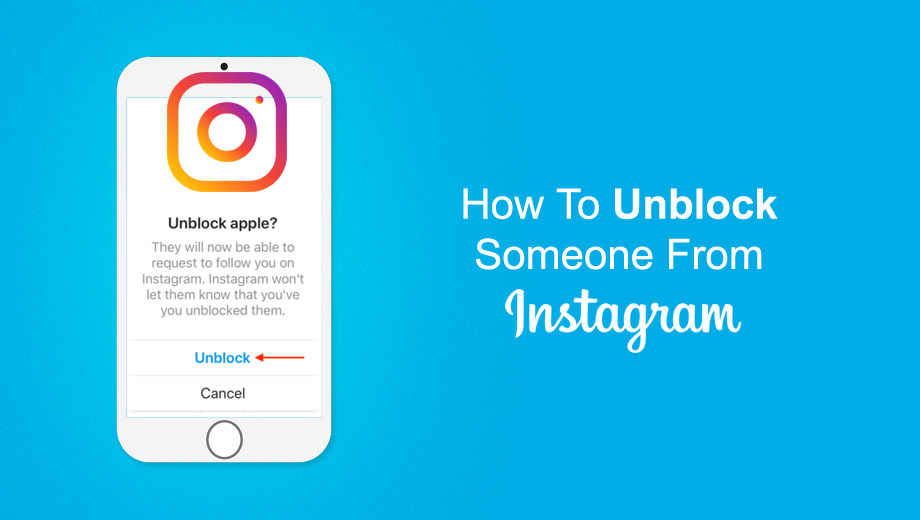 Instagram currently has more than one billion users, where just like the real world, good and bad users exist maintaining the balance. Such division of good and bad has changed one’s perception of social media and has put many in a dilemma whether to make a social media presence or not. There are always these nutjobs on Instagram whose sole purpose is to criticize you and bring you down. They try to defame you by spreading rumors, photoshop your existing images, or even DM you with hateful and vulgar comments. These kinds of social media attacks are done mostly on female Instagram users.

There are also instances where you get upset with a close friend or break up with your boyfriend or girlfriend; you undergo a defense mechanism of blocking that individual. This is done on Instagram and social media platforms like WhatsApp, Facebook, Twitter, and even Snapchat.

Since Instagram is now incorporated with reels, photos, and many other creative formats, many evil users are trying to spread hate, and where your job of blocking them is witnessed.

It is the right of the account holder to defend themselves to have a mentally stable mindset and steer clear of the problems caused by the haters. You may experience not one but multiple users who will annoy you on social media. They think that since they do not have the authority or power to ruin you in the real world, whereas social media is a vulnerable target. Think about it; the internet is a blessing but also a curse due to these evil users.

There are also instances where these users create a fake profile and try to bait your close friends or inner circle. For instance, your best friend can be sent with an ILY text, but it isn’t actually from you. In such a case, you block these users and spread the word that it isn’t your account.

This is now turning into a cyberbully attack and can also be reported to the cybercrime department. However, there are instances where you would like to unblock some users who used to be your best friends and are back being BFFs. Blocking is one thing, and unblocking due to change in personal events is a great deal. Just like how blocking is a one-tap process, unblocking is more or less in the same league. Here are some unblocking tips that you could use to unblock an account where you blocked it in the past.

When should you decide to unblock a user?

Unblocking a user on Instagram is a sign that you have settled with the next party. In simpler terms, you have resolved the argument or the problem that was being toxic and have finally decided to give it another shot. The decision of unblocking someone can sometimes be quick or can take ages for a person to resolve their feelings.

If you are a forgiving type and soft-hearted, it is a quick decision for you, whereas having an iron heart makes the process even longer. Digitally it is a matter of minutes, but psychologically it feels like forever. In the first place, if you quarreled with a loved one, then blocking them is a decision you take with a heavy heart, and unblocking them when the problem resolves is instant.

What happens when you unblock a profile?

When you unblock your user’s profile, the user can start interacting with your profile once again. This means that the user can now send you a direct message and can turn on post notifications. The user will also get the right to like, view, and comment on your posts and access the previous post. The unblocked user can also view your stories and can react or reply to them. The user can also participate in interactive, engaging stories like polls, questions, and many more.

Therefore, your account can now be visible in the unblocked user’s search engine. If the user starts misbehaving once again, then it is possible to block the user again.

Note: When you block a user, you will no longer see the user’s profile in the same way the user will be unable to access your Instagram page.

Things to beware of while unblocking a user

The user that you have blocked out of your IG space may have a history of harassing via hate comments on your post. When you blocked the user, you made sure that the comments have vanished as the user is blocked. Now that you have come with n agreement of unblocking the user, the comments that had vanished due to blocking will now reappear due to unblocking.

Hence, you have to be extremely careful and take steps to eliminate the threat effectively. For this purpose, you should delete such comments from your profile either before blocking or after unblocking the user.

Furthermore, you also need to be aware that unblocking doesn’t help in certain conditions. This happens when the user you have blocked has deleted their account. Therefore, when you unblock the account, the user will no longer exist as the account has been taken off from the internet. Hence, this function does not work in such cases.