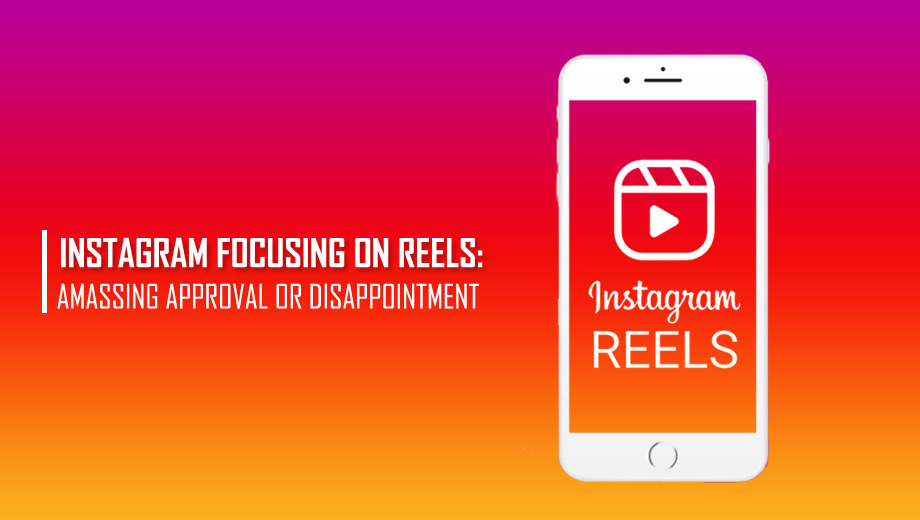 Instagram is undoubtedly one of the most popular photos and video-sharing social networking sites and has had people from all backgrounds smitten in just a little over a decade since its launch, not to mention that it now has over a billion active users.

While there are many selling points to explain this exploding fandom for the platform, there is no match for the fact that despite everything, the platform kept it effective and user-friendly, whether it is the interface for exploring or creating one’s own niche.

However, the decision to introduce new features on the platform with its update in early 2020, which also included the popular Instagram reels, had brought up mixed reactions from the user worldwide.

The following article will discuss what Instagram reels are, the idea behind the reels, what different groups of people feel about them, and whether they are here to stay.

Using the new feature of Instagram reels, users can create short video format content and share it with one’s followers or across the internet in a vast community, that is, if you have a public account. One can easily record a 15 or 30 seconds video on the Instagram app itself with added sound and effects available.

In an attempt to make reels easily accessible and resonate with the users, Instagram replaced the middlemost create button on the navigation bar with a reel tab, risking it big with a sudden change in the user interface. But, what was the need to introduce reels when the platform was doing well either way?

Though the platform, time and again, has suggested that Instagram reels are an attempt to provide the users with a more inclusive platform to stage their talent, create and explore at the same time and present the results in front of one billion-plus potential audience, is it really the only reason?

Those of you aware of or who have used TikTok in the past must have noticed quite a lot of similarities in both of their concepts, and so have many other users.

The popularity TikTok got due to its out-of-the-box concept is not something new. It now boasts more than a billion users worldwide and is ever-expanding on many fronts, especially among teenagers and younger adults.

However, many here must also be aware of the infamous TikTok ban by many countries over security concerns besides the fact that TikTok in 2020 yet had a lot to achieve in terms of acknowledgment worldwide.

Many people across the internet believe that these two were the triggering spots for Instagram, which also led to a sudden introduction of the reels in an attempt to capture the audience TikTok had missed or had yet to achieve.

Instagram already had a vast loyal user base, and with the introduction of features like reels, shopping tab, etc., it more or less wished for its audience to not scatter on different platforms in search of more engaging content, not to mention gain more user interest. And, since videos happen to have the most authority and future potential, missing on them was not an option anymore.

However, the question here is why some users are unhappy with the introduction of such an exciting feature on the platform?

Although the reels are steadily making their place in the users’ lives, with many enthralled with this new feature, there are also those who criticized the idea and with very justifiable reasons. Let us have a look –

The first and foremost reason many users gave is the lost sense of familiarity and originality of what Instagram was for them before the update.

A simple and accessible interface, allowing people to interact, share, and explore in a way that suits them, was an integral selling point for the original Instagram format, which not only made Instagram a familiar but convenient platform for all age groups.

With the reels set up, many users feel that Instagram is now in the race with competing platforms and does not feel the same as it did in the past, not to mention that it also lost something unique about the platform.

One of the best points about TikTok is the fact that it has all sorts of content on it, from creative video to those which brought a gust of harsh trust across among many other experimental video art and content.

Though in the league for the same, Reels boasts many popular influencers, celebrities, sports stars, etc., on the platform, also known as the ‘blue checks,’ a term for a verified account. Content created by these stars can never be just for fun since it can make national news even if slightest of controversy, making it hard for one to come across content that is not well-setup, is for brands, or has a splash of original thoughts, provoking or otherwise.

What’s more, not many people who have experience with video making and creating content are pushed to the side, making the platform biased in terms of visibility.

Not enough Features to explore

Whether in favor of the reels or not, almost every other user will agree that the decision to introduce reels on Instagram to a great extent feels rushed, considering the minimal features available for the reels, including effects and tools.

Compared to TikTok, Instagram has yet a long way to go before giving a healthy competition to it. Furthermore, people who decide to switch to reels or wish to experiment with video art are not equipped with tools to help them out, making it even more ineffective.

Not everyone wants to watch reels

Though video formats are on a ladder up the popularity game, there are still people who do not want to be involved with a video on every other social media platform.

The arguments suggesting that people can simply go to TikTok or youtube if they wish to watch a video were staggeringly high during the update launch. There is no point in turning everything about videos or entertainment remains one of the most substantial calls against the feature.

As mentioned above, the ease of finding something relevant and interesting to an individual was a strong suit for Instagram unless the reels came about and messed up the explore page.

Many people were upset about how the ‘explore’ tab was shifted and contained not-so-precise content as per the user interest as it did before the update. But it was not only the audience that was devastated but also the creators who now had trouble adjusting to the new algorithms of Instagram, making it hard for them to present their content in front of the same audience.

People who did not even engage in video content are now forced to make one to keep up with the Instagram impressions and algorithms and keep the audience entertained with trends.

Although not everyone on Instagram is joyous with the introduction of reels, the platform is slowly trying to up its game with new updates and features to keep the audience intrigued and in league with them.

The fanbase of the reels is also steadily catching up with more reel content created and uploaded on the platform every day, and not just from influencers but more common users. It will be noteworthy to record how well reels do in the near future and how tough of a competition it will be for other similar platforms. Happy Scrolling!