How Men And Women Use Social Media Differently 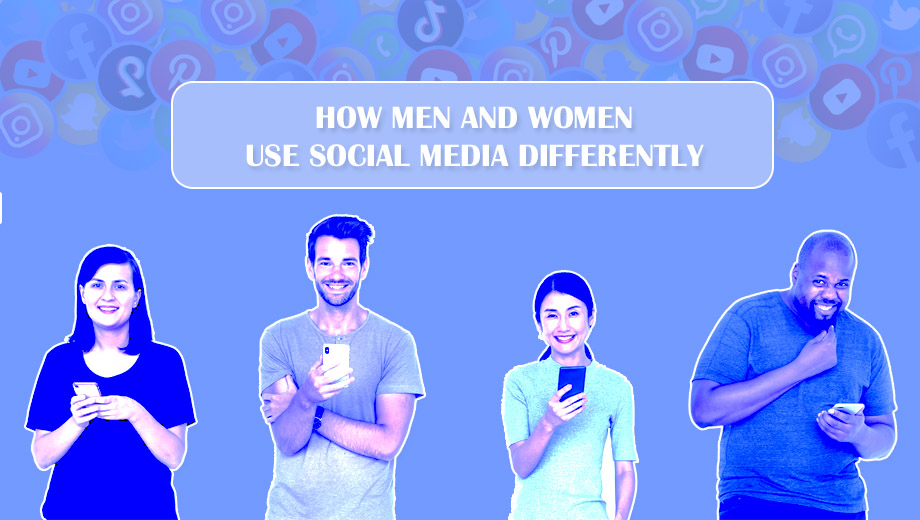 Gender wars: How Men and Women Differ in their social media usage

Most studies yet don’t have any substantial claims about whether this is because of inherent biological differences or the different cultural expectations placed on men and women. The nature vs. nurture argument has no objective solution. Recreating an isolated environment for any of the two in a scientific experiment is nearly impossible.

We see similar behavior patterns by men and women in virtual spaces as well. Social networking sites host phantom worlds on the internet, where people interact with each other, make friends, share helpful information and trade secrets, celebrate each other, and sometimes even bully each other. Every imaginable aspect of human nature can be seen played out on platforms like Instagram, Facebook, Reddit, YouTube, etc.

We cannot separate the physical world from the social media mirror image of it no longer. The two are deeply intertwined, and hundreds of millions of men and women visit the social media town daily now. There are some major differences in how women and men navigate these online spaces, though. According to recent data, 77% of Pinterest users are women, while only 14.5% of users identify as men and the rest unspecified. Men are more likely to have a public profile on Instagram than women. These data showcase great behavioral distinctions between the gender.

There has been a need for communication ever since the beginning of human society. Technology for social interconnection and the transfer of information has changed massively over the years. It started with letters on paper, telegraphs, telephones, mobile phones, and now facetime and social media.

There is historical evidence present that suggests that this technology is often shaped around gender. In earlier days, telephones were only available at home. Since women didn’t work outside the house, it was still a prevalent belief that women talked more on the phone than men. Women had more idle time to talk over the phone and socialize with others. This was also reflected in the employment of sole women as telephone operators.

Women were also the primary target of harassment via telegraph and telephone in those days, a clear precedent for how women are subjected to a significantly higher amount of cyberbullying, stalking, and harassment on social media today.

Differences between men and women’s online presence and personas

While it’s true that there are many differences in social media usage patterns between men and women, let us look at some similarities. A study reports that both men and women alike are equally likely to share correct information about their birthday, their partner’s name, their own political inclinations and opinions, and other information about their academics on their social media pages.

Other genders on social networks

In 2014, Facebook rolled out a new update. Users could select their gender from a vast array of 56 gender identities. This step was taken to make the platforms more inclusive of queer people. Later, the social media platform also included the options for selecting gender-neutral relationship identities as well. Other platforms are also doing the same. Gender scholars and critics claim that gender is a spectrum of identities, and the same is being reflected on social media now.

Different patterns can be observed in social media usage by men and women. These patterns differ a lot from each other. It is a difficult task to account for all the differences, but a lot of them do arise because of the gendered upbringing of children and the conditioning of young men and women into socially acceptable behaviors from their genders. In the online space, men mostly align with traditional masculinity and women align with femininity. It is easy to identify men’s profiles, and which belong to women by merely analyzing textual clues.

Although there are many exceptions to the rule, since men and women often reject the ideas of gender roles, which also reflects in their social media presence.