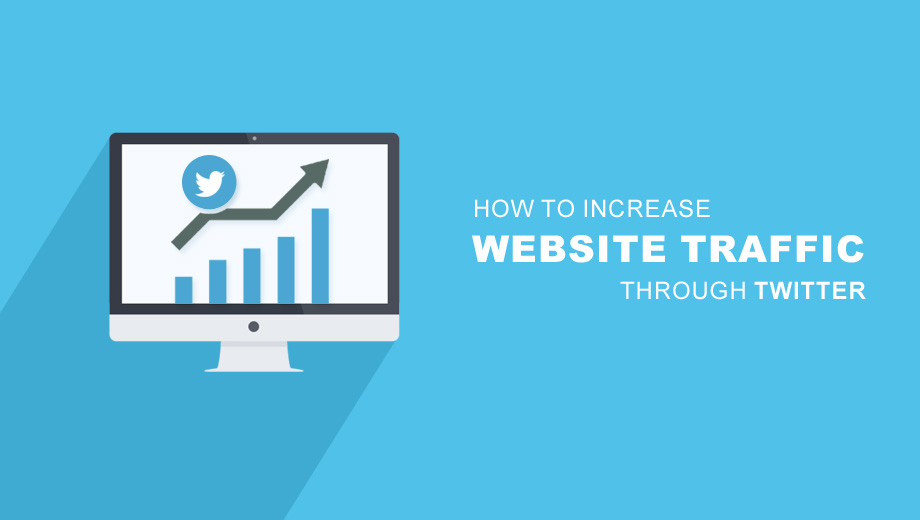 Doesn’t matter if you are a business owner or have content marketing as your niche; the fact that website traffic is imperative for growth cannot be emphasized enough, even more so the need to implement strategies and present oneself out there to attract that traffic in the first place.

And, even though there are certainly a lot of ways to direct traffic onto one’s website, including emails, advertisements, search engine optimization, quality content, etc., nothing is quite as effective as social media, given how immensely powerful of a tool it has become in the past decade.

Social networking sites such as Instagram, Facebook, Twitter, Youtube make all your efforts all the more worthwhile, considering their popularity and user statistics with seamless potential for everyone from marketers to influencers. The following article will discuss one such platform, i.e., Twitter, how it could be used to direct website traffic successfully, its benefits, and more.

Twitter is a social networking site that enables its users to share short (280 characters) messages known as ‘tweets.’ And, over the years, it has been continually expanding its authority, becoming one of the leading social media sites in terms of active users with over 199 million monetizable daily users as of the fourth quarter of 2020.

Now that we know the advantages of using Twitter to attract website traffic let us look at some ways to achieve the same.

What’s a better way to let people know about the website that you own and draw attention to it than to give them a little glance at it? It is like a teaser to the movie that your website is.

Try giving people an idea of what your website has to offer by making a post about the same with a little extract of the website in the post apart from its links. It will not just create interest depending on how intriguing you have made it look but will make it easier for people to navigate their way to the website, increasing their chances of clicking the link.

Smart use of hashtags

The effectiveness and importance of hashtags in the world of social media today cannot be put into words, whether the site in question is Youtube, Instagram, or Twitter. Hashtags have made it easier for people to get to their favorite corner of the social media site within seconds, allowing them to customize their experience as per their interest.

But that’s not all. Even the content creators and businesses on social media can greatly benefit from a well-planned hashtag strategy, as hashtags are the ultimate approach for exposure in the niche-specific community, where almost 90% of the potential customers reside.

However, while using hashtags is a smart way to steer on, it is important to acknowledge that not all hashtags are nearly as effective as others. Understand your targeted audience, do some research, and use only relevant hashtags as per your niche.

Trending hashtags, theme-specific, popular, evergreen, and custom hashtags are a few other types that must be well integrated into the posts to connect with people other than your followers.

Another great feature Twitter boasts is pinning the tweet, allowing the user to choose one of their tweets, which, when pinned, will appear on the top of their profiles whenever someone scrolls through their feed, making it impossible for it to go unnoticed.

Pinning the tweet with your website links, one that you like the most or has done comparatively better than the rest, is a great way to direct people’s attention to your website. Alternatively, one can also choose something that gives people a clear idea about their business or services.

And, while you may let a tweet stick through forever, it is recommended that one occasionally refresh it with something that keeps the followers and new users up to date with whatever is going on or creates buzz, giving people an issue of debate and conversation.

Unlike social media sites like Instagram, Twitter is nearly not half as effective in gaining traffic through promoting a paid service or a product. Therefore, for anyone wanting to generate clicks, creating and promoting a post for a free service, a discount, or any other offer that may seem beneficial to the mass is the best way to go.

Besides pinning a tweet with a link or creating a post with website links, adding one to your profile is one of the evergreen, most versatile, efficient, and easy ways to direct traffic.

Your profile is the first thing anyone will notice when visiting. Therefore, attaching the URL to your website will both let them acknowledge that you, infact, own a website and make it easier for them to access it, increasing the chances of clicks on it.

Be consistent with your tweets and retweets

The easiest way to go out of focus and lose following and people’s interest is to be irregular or careless with your social media presence. When you tweet regularly, it creates a sense of understanding and mutual trust between you and those who regularly come across your tweets.

However, to tweet regularly does not mean one has to come up with new content or ideas each day. One can easily manage their presence online through retweeting content or by re-sharing of their old content. Plan your tweeting schedule beforehand with strategically integrating old and new content for the best results.

Eye-catching and intriguing headlines and images are tools no one can take away from you, with the power to appeal to the mass like no other. Be creative and carefully use words to your advantage with good headlines, attracting an audience to click on the website URL to read more. The same goes with images, as visuals are indeed the future of human interaction on social media.

The use of strong action words in the tweet is yet another way to build authority around the context of your content and make people put faith in what is presented, leaving them intrigued and wanting more on the issue.

Twitter has successfully established its authority in the social media world, which is evident from the number of daily active users the site witnesses. However, besides seamless opportunities, a plethora of users also indicate intense competition, which demands an equal amount of effort for anyone looking to thrive or build influence.

Furthermore, one needs to ensure the best quality content on the website apart from strategies to market it for long-term effects and a loyal customer base. Happy Scrolling!